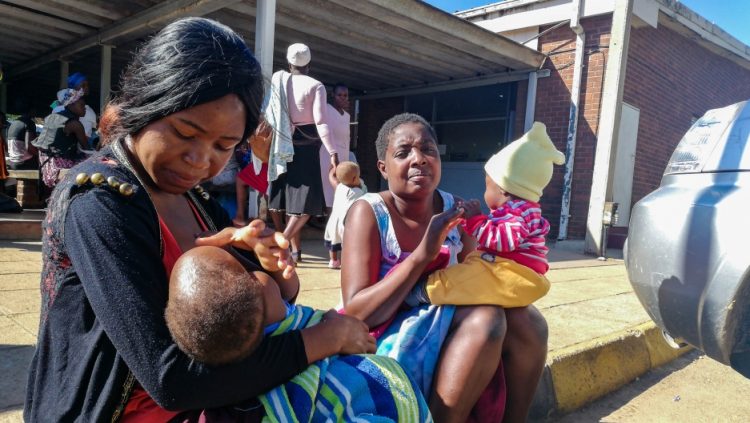 In an article by BBC World News published on the 5th of March 2020, it was reported that according to a United Nations (UN) Report on ‘Gender and Social Norms’, which analysed biases in areas such as politics and education in 75 countries, Zimbabwe has the highest amount of bias, with only .27% of people reporting no gender bias at all.[1] This level of prejudice may come as a shock to many, who may be comforted if the number were higher as this exemplifies progression and a better proximity to the elimination of discrimination against women. As a citizen and a feminist, this only affirms the many concerns about the status of women in Zimbabwe and the country’s preparedness to tackle issues relating to gender.

Zimbabwe recently underwent review during the Convention on the Elimination of all Forms of Discrimination Against Women (CEDAW) 75th session held in February in Geneva where issues relating to sexual reproductive health and social norms were adjudicated. One of the recommendations made was for Zimbabwe to reduce the rate of maternal mortality, which, according to a 2014 UN Women Report currently stands at 614 out of 100 000. (As an aside, the country suffers from a disconcerting information deficit which negatively affects the quality of analysis in relation to issues such as rate of maternal mortality or prevalence of rape, among others). For a country of an estimated population of 14 million, this statistic is not only alarming but uncomfortable in this fourth industrial revolution. If we are to really delve deeper into the state of our health care system we ought not to be so perturbed, as communities are still suffering and dying from diseases such as typhoid and cholera.

To understand the Zimbabwean context, it is important to be cognisant of the fact that there is little political will to address issues relating to gender. Patriarchy has been intricately woven into the fabric of our society making it almost impossible and if we are to go by the gender & social norms report; less than a 1% chance that women’s rights are at the centre of social, economic and political considerations. In the hierarchy of concerns, politics is at the helm alongside economic stability which seems to be as flimsy as some of the support structures currently being used to address corona virus in Zimbabwe – I shall digress. When it comes to gender; men are at the top, followed by boys and then women (but not necessarily young women) and finally girls. Sometimes it feels all too futile given the hostile environment under which feminists operate.

Doctors went on strike for a considerable portion of 2019 stating labour and administrative injustices including meagre salaries and lack of equipment and resources in state hospitals. This controversial move was seen by some as an act of negligence by medical practitioners but their concerns were and still remain valid. Doctors are severely under-resourced and expected to provide quality health care services in otherwise substandard work environments. In October of the same year women went to protest against the failing health care system, following the death of a 30-year-old woman, who lost her life during labour at the nation’s largest state hospital, Parirenyatwa located in the country’s capital, Harare. There was little coverage of the protest and even less attention on the number of women whose lives were lost due to the government’s inability to prioritize health. If a country cannot even equip its hospitals with running water, what about women’s sexual reproductive health needs?

The negative perceptions about gender and women are hardwired in the majority of the population, who take up different important roles such as providing medical services, being members of the police, leaders of different governing bodies and legislators. These same persons are also expected to promote and implement the different obligations agreed upon under different regional and international treaties. Without addressing the attitudes within the citizens of this country, we are going to remain behind and continue to congratulate other countries on the progressive and sustainable solutions done in this decade of action. We must not continue to accept change handed to us in crumbs which will never satisfy the actual concerns which ought to be addressed.

Danai Chirawu is a radical African feminist from Zimbabwe, a YWCA SRHR & Mental Health Champion and an observer of the universe. Danai believes in all women and dreams of the day when women will be free.