Home » A New Stage of Life 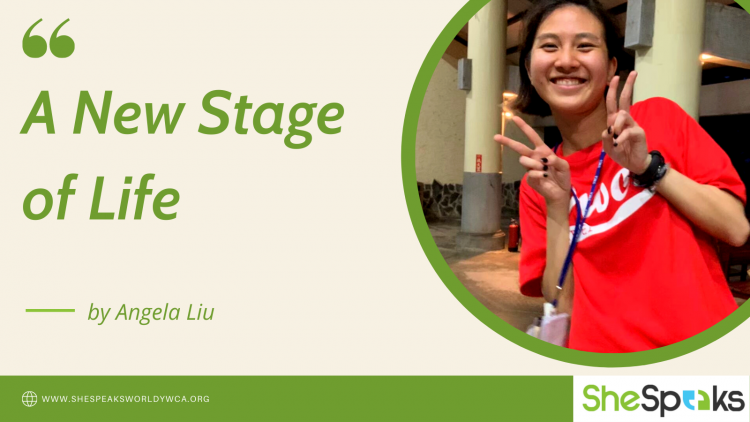 Do I consider myself a feminist? An activist? If you were to ask me from two years ago, the answer would have been “I don’t know.” It’s not that I don’t believe in the importance of feminism or activism. It’s just that these two concepts were not present in my life during that time.

I’m very fortunate to live and grow up in a relatively stable and safe place in the world. Yet, it’s very easy to overlook or even forget about this fact. I never really noticed anything related to feminism or activism until my high school years. Having switched from the Chinese educational system, where you’re not expected to have an opinion, to the American educational system, which is the exact opposite, I suddenly found myself questioning almost everything.

I remember when I learned about the gender wage gap, and had an argument with my younger sister, who started her feminist and activist journey way ahead of me. I remember thinking that it’s not strange that women have lower wages because they will focus more on starting a family and taking care of children. Thus, they can’t work as often as men! I still remember the frustrated sigh and exasperated look on her face like she couldn’t understand why the heck I didn’t get it. That reaction I totally get now. I didn’t even wonder why women are automatically assumed as the main caretaker of family and children. I just accepted it as the way of life.

Despite my blooming curiosity, I wasn’t aware of how different it is for each country and region when it comes to women’s issues until I joined the Online Dialogue hosted by Taipei and Kyoto YWCA. My belief that I knew Japanese culture pretty well has been shattered. While we discussed and shared topics relating to women’s issues, I was shocked to find that what I’ve known about Japan is just the surface. From the way Sex Education is conducted to issues with contraceptive methods, these are the sides that weren’t shown on media and often overlooked. We learned that Japanese Sex Education isn’t enough to prepare young people to avoid unintended pregnancy or disease. The information on the textbooks is very limited and restricted by laws. This problem was also the result of Japan’s culture, as the belief that women don’t need to learn about sex still takes a major role in society. Yet the most surprising fact was that contraceptive pills aren’t available in drug stores and you will need a prescription to buy them in Japan. Whereas in Taiwan, they are easily accessible in any drugstore. It was at that point, my life truly started to change.

Becoming more aware of topics relating to women, I was given this chance to see firsthand how World YWCA works and drives changes across the globe through the Leadership Cohort Program. Each session opened up my eyes, expanded my knowledge of the world, and brought me closer than ever to see the different realities: South Sudan’s traditions against women, Palestine’s honor killings, India’s child marriage, etc. I’ve never been more grateful and aware of my own environment and more motivated to dedicate myself to our work. It opened up possibilities that I’d never known were available and so reachable. The lessons that I learned here will forever guide me in whatever I do. Now, I can confidently say that I am a feminist and an activist!

It has been such a great honor to be a member of this program. I truly enjoyed every second spent with the girls, who have greatly inspired me to do more! This Leadership Cohort program allows us to grow and learn new things and connect all of us on a personal level. I believe that after the end of the program, their influences will always play a huge part in my future. And I am more than ready to start this new stage!