Home » A Student Becoming An Intern At The World YWCA 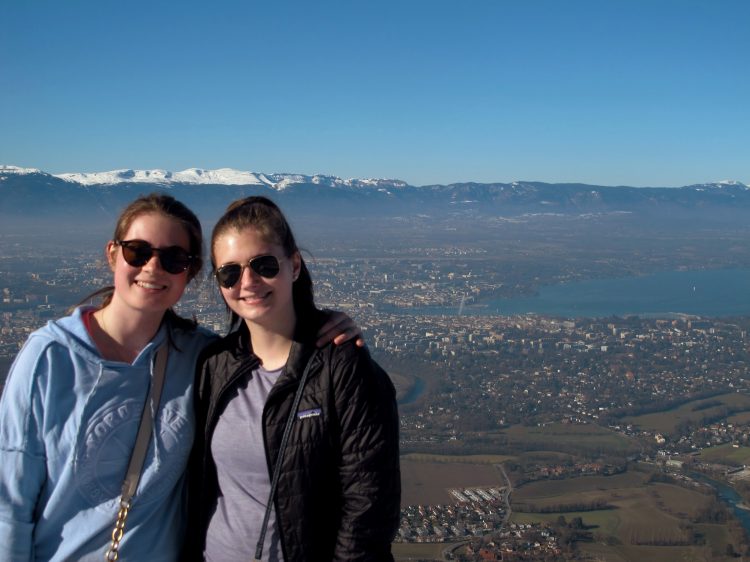 "Every single young woman that is reached by the World YWCA through leadership training, advocacy events, social media and other programmes is an accomplishment"

As a Political Science university student, with a focus in International Relations, I have studied the complexity of the many collective efforts by states, and an increasing number of non-state actors, to identify, understand and address a variety of issues and problems in the world today. In this community of actors, we have analyzed the contribution of non-governmental organizations (NGO) and how they work to address a social or political issue, while operating independently of any government. I, however, did not truly understand what this meant until I witnessed and participated in an NGO in action, as a Global Programming and Impact intern for the World YWCA.

For instance, back at Colgate University in upstate New York, more than 6,000 kilometers away from Geneva, Switzerland, I studied the Human Rights Council as the main inter-governmental body within the United Nations that is responsible for addressing human rights violations. Although I have read both positive and negative commentaries about the Human Rights Council, actually sitting in the black-cushioned seats of the UN allowed me to gain an insight into the inner-workings of the Council that I would never have been able to achieve through words on a page. I may have been able to read the declaration by Tamara Mawhinney, the Deputy Permanent Representative of the Permanent Mission of Canada to the UN, that there is a “need to integrate young women’s perspectives into decision-making processes, requiring their active participation as implementers, and not just recipients;” but I would not have been able to read the fact that as Mawhinney uttered these words, there were few to zero young women in the room. The Human Rights Council may be addressing human rights violations against women, but I questioned how far these words were being translated into actions.

This is where the World YWCA comes into the picture; not only does the World YWCA work to influence the global agenda and decision-making on women’s rights at strategic platforms, such as the Human Rights Council, but it also works towards the goal of 100 million young women and girls transforming the power structures to achieve a world where human rights, gender equality, peace and justice are promoted and sustained, closing the gap that I began to perceive at the Human Rights Council. NGOs often make momentous declarations about what they want to achieve but I always wondered how they go about accomplishing these goals. The number of 100 million, initially, astonished me – how can this possibly be attained?

After jumping into my internship at the World YWCA, becoming apart of the Global Programming and Impact team, I realized that of course, 100 million young women and girls will not be reached and empowered overnight, but that does not mean that you should not start; it is a gradual, multiplying process. The small and large tasks that I completed throughout my internship, from creating talking points for the 63rd session of the Commission on the Status of Women to compiling the 2015-2018 Quadrennial Report for the World YWCA to renew its consultative status with the United Nations Economic and Social Council, contributed in small ways to achieving the overarching goal. When I read about the performance of NGOs in class, I often analyzed it through a very critical lens; I now realize that NGOs, no matter how small or large their contribution, play essential roles in the international community. Every single young woman that is reached by the World YWCA through leadership training, advocacy events, social media and other programmes is an accomplishment, as the alternative is not.

Thus, as a Political Science university student, who has also now been an intern at the World YWCA, I have not only learned about the inner-workings of international institutions and non-governmental organizations, but I have also gained an appreciation for the space that NGOs occupy in the international system and how they contribute to addressing and resolving social and political issues.

This post was written by Taylor Corbett, an undergraduate student at Colgate University in upstate New York, who is studying Political Science and Peace and Conflict Studies. During her semester abroad in Geneva, Switzerland, Taylor was an intern at the World YWCA, working with the Global Programming and Impact team