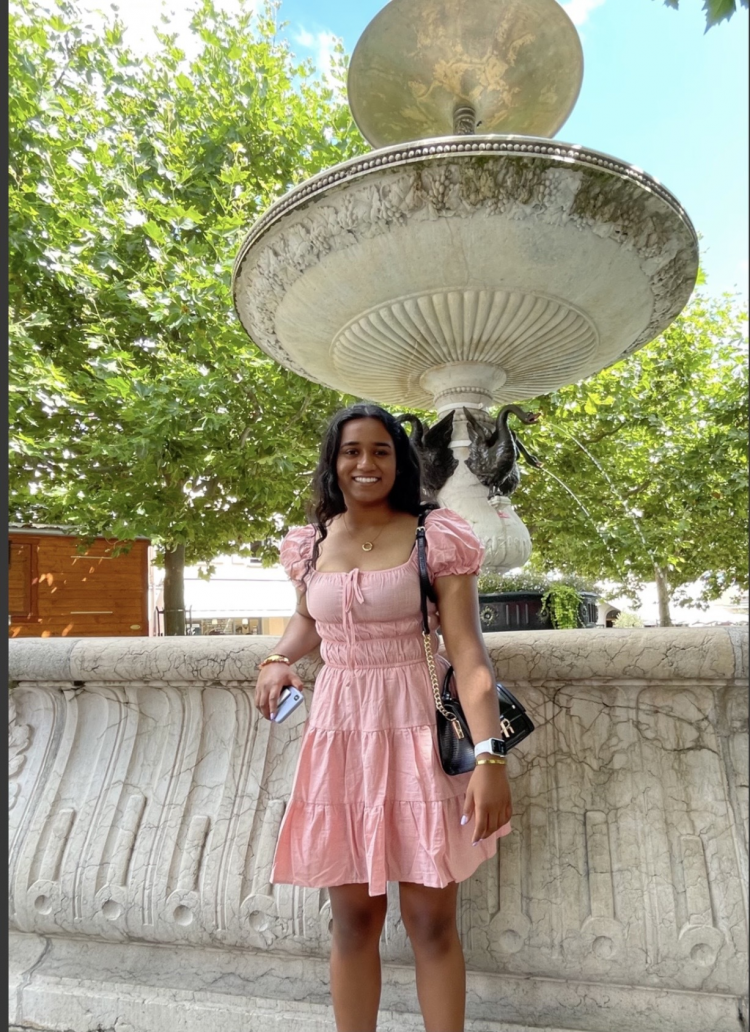 Mahi Gurram is from the San Francisco Bay Area, USA. She has always been inspired by the strong, independent women in her life, including her mother, teachers, and aunts. Mahi realized what she was passionate about early on; as a young Indian-American girl, she noticed discrepancies in the way she was treated compared to her male counterparts and peers of other ethnicities. She learned quickly that she must be vocal about her place in the world, and she continued to fight each day to empower women and stand up against racism and microaggressions. Mahi is an International Relations major and a Peace and Conflict minor at Colgate University because both subjects inspire and give her the knowledge to make the world around her better while also presenting its harsh realities.

One of the most rewarding experiences for her was being given the opportunity to intern at the World YWCA. Within the Y, she works for the YW4A program that provides and empowers young women in Kenya, Egypt, South Sudan, and Palestine to use and amplify their voices to fight against discriminatory functions and improve policy for women within their countries and governments. This program greatly contributes to the scope of her major and minor because it exemplifies the effectiveness of NGOs and forms of international intervention, and brings light to the fact that women in countries of conflict and discrimination lack access to full human rights. She is currently researching how advocates for women’s rights in Egypt use the Egyptian court system and laws to advance women’s rights. She hopes to continue her work in the women’s rights sphere worldwide and aspire to pursue law within the international human rights sector in the coming years.

As a young woman, what drives you? What is it that you are passionate about?

What made you realize you were a feminist?

I deserve the same opportunities and life experiences as a man, whether in school or a professional setting. I realized I was a feminist at a young age when boys would not let me play soccer with them during recess. Their only reasoning for not letting me or my girlfriends join their teams was because we would ‘kick like girls.’ I never understood why that was a bad thing, but I thought about it a lot and it made me upset. Small instances like this one kept adding up, teaching me that I was not as good as a boy at sports or even school. I eventually decided that I would not conform to society’s judgemental and stereotypical views of a girl. Starting in sixth grade, I completely stopped letting my gender hold me back from doing what I wanted to do in school.

Do you have a role model? If yes, can you share more on why this person inspires you?

My mother is my role model. Sure, there are activists and social justice warriors who I look up to, but my mom is who I aspire to be. She has overcome a multitude of obstacles to achieve what she has today. Her independence has inspired me from a young age; she immigrated to the US from India without knowing any English to go to dental school. She somehow still managed to end school at the top of her class and now runs her own dental practice. I was taught, both directly and indirectly, to never give up on my dreams, and I will always be strong because of her influence and constant support.

What is the one thing you want to change in the world around for women?

It’s simple, I want women to be looked at as human beings and equal to men. All women should be able to voice their opinions and be given equal opportunities because they deserve to be respected and heard. Ultimately, women deserve the same respect as their male counterparts because they are just as intelligent and strong.

I think young women should watch the movie Hidden Figures because it explores the life of a woman who had many odds stacked against her, but she proved herself and gained the respect of the world by doing so. I won’t ruin too much of the movie, but it was one of the most inspirational films I have ever seen. I also recommend listening to the podcast I weigh that is hosted by Jameela Jamil. This podcast discusses a plethora of topics, but it mostly focuses on body image, and I think that is really important because it is unfortunately something a lot of young women and girls struggle with. There is an unattainable standard for what the media dictates as the ‘perfect body’ and it puts a lot of young women and girls down, myself included. However, this podcast has taught me how to outgrow that mindset, and I think it can truly help change how young women and girls view themselves and teach them how to value who they are both physically and mentally.