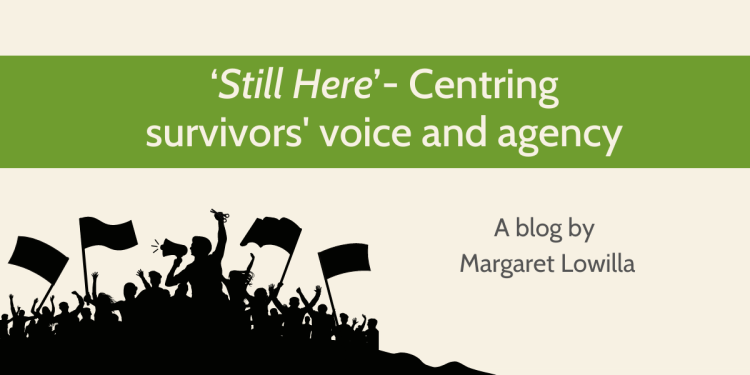 “Women are involved and affected by civil war as victims, survivors, agents of conflict and peace, which are often different from the experiences of men.”- Naw Dokhal- YWCA Myanmar

Women experience and are engaged in conflict and peace on unequal terms with their male counterparts. Dominant, patriarchal narratives frame women and young women’s experiences in conflict within victimhood, essentially denying their agency and capacity to meaningfully contribute to peacebuilding conversations. This is reiterated in the United Nations Security Council (UNSC) Report on Women, Peace and Security (2022), which notes that, ‘’In most conflict-affected countries, men hold power, women are structurally or directly excluded, and women’s rights and freedoms are deliberately targeted.” On the other hand, “…..women are at the forefront of protests against authoritarian leaders and are firm in their refusal to accept political settlements that do not guarantee their rights.’’ 1 This demonstrates that even as women and young women have grappled with various threats to their security and their rights, they have remained resolute in the pursuit of sustainable peace.

On 31st October 2022, the 22nd anniversary of the passing of resolution United Nations Security Council Resolution (UNSCR) 1325 on Women, Peace and Security, World YWCA held the third edition of the #BulletandDove panels with the aim of highlighting the voice and agency of intergenerational women living or being affected by conflict who are paving the way to challenge narratives of women’s victimhood through various actions and efforts towards building sustainable, survivor responsive peace.

For Iranian women, their agency is demonstrated through protests and civic disobedience. This was triggered by the death of 22 year old Mahsa Amin, who lost her life in police custody after being arrested by the morality police for not wearing her hijab according to required standards. Women human rights defenders, activists, journalists and even school girls have organized under the common agenda of demanding accountability and for their human rights and liberties to be respected2. Through these protests women can be said to be in conversation with the state, communicating a fracture in the social contract.  Yet, the state is actively trying to silence them by asserting coercive power though arbitrary arrests, harassment and other forms of abuse against women3. In fact, Shiva Nazarahari asserted during the webinar that, “All women are now seen as enemies by security forces. It seems like they are trying to make society unsafe for women and show them that this is what you get if you want freedom.”4

Similarly in Myanmar, after the military coup in 2021, several restrictions persist and the military junta uses unlawful detention, threats of violence and actual violence to repress protests.5 While women and young women have emerged as symbols of resistance, this increases their risk to arbitrary arrests, human trafficking, sexual harassment and sexual violence. Furthermore, forced displacement of the masses has had other indirect impacts such as limiting access to clean water and medical services, which affects their quality of living.

Iryna Avdieva also discussed the challenge of limited access to resources as a consequence of the war in Ukraine that erupted early in 2022 with the invasion of Russian military forces. The destruction of power infrastructure means there is unreliable electricity and heat for the upcoming winter season. These issues are exacerbated when linked with women and young women’s intersecting identities and gendered roles as wives, mothers, and caregivers of the sick, elderly and disabled. It was noted that while some women have been forced to flee, many more have stayed back to support the male soldiers in various capacities, including as active combatants in the war.

In the context of South Sudan, Action Prisca detailed the situation ofinsecurity and prevalent intercommunal clashes. This has had perverse effects on women and young women who often face gender-based violence and are sometimes abducted during cattle raids. Furthermore, she highlighted that during conflict women and young women with disabilities are affected even more adversely as there is limited infrastructure to cater to their unique needs. They are even more vulnerable to abuse and sexual violence and often grapple with social exclusion because of the misguided belief that people with disabilities are cursed.

Women face very unique, intersecting challenges in society during conflict. It is important that we not only recognize them as survivors but as capable change agents with relevant and meaningful contributions to peacebuilding conversations. As Mahmoud and Fabiano (2022) posit, peace cannot be imposed, rather it grows from the bottom up, like a tree.6 Sustainable peace therefore, depends on inclusion, binding mutuality and the integration of collective aspirations of various members of society, including survivors. Arne Saeveras, a male ally from NCA stated that, “[peace] needs to reach out to all….and those who bring peace, we need to be diverse, we need to be inclusive.”

Recognizing the power of art to facilitate free and creative expression of otherwise oppressed voices, the webinar weaved in art and poetry in the sharing of intergenerational stories of survival, resistance and leadership of women and young women from Rwanda, Iran, Myanmar, Ukraine and South Sudan. You can watch the recording of the World YWCA #BulletandDove Panel.