Home » “To the young women in my country, I’d like to say you are in this world to make a change.” 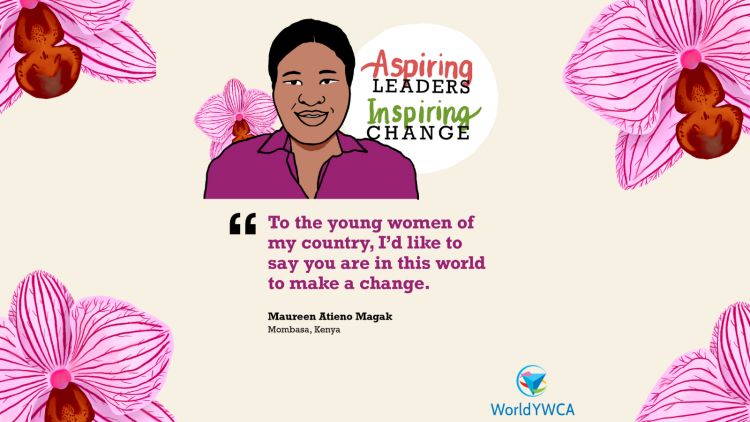 Get inspired by stories of change, take action by donating to World YWCA

Ten-year-old Maureen was working as a nanny miles away from her village for less than USD 7 a month. By 12 years of age, she had lost her father, her step-father and even her mother. On several occasions, she was sexually harassed and beaten till blue. On some days, she fed herself from trash cans on the streets. But she endured it all; all she asked was to be allowed to attend school.

Maureen’s story is deeply moving, but what stands out is her relentless fight for her rights. The fact that Maureen is a Young Woman Lead with the YWCA Movement today, is a testament to what a woman can achieve despite the hardest of conditions. And that’s why she’s an inspiration to hundreds of young, vulnerable and marginalised women in Kenya.

This young woman has learnt from her own experiences the importance of providing girls and young women with knowledge about their body, their rights and their mental well-being. She facilitates peer learning sessions to educate women about self-awareness, self-esteem and empathy. She provides them with resources to gain sex education, and with trainings to become small business owners.

“World YWCA enables many young leaders like me to connect more young women with opportunities to learn and train in the things we want to, and care about,” enthuses Maureen.

Aware of the realities of girls who’ve been exposed to harm at a young age, Maureen encourages them to take ownership of their lives. Committed to ending the cycle of gender-based violence (GBV) in Kenya, Maureen has created support groups that promise women extreme confidentiality and foster a culture of shared experiences as therapy.

Maureen understands that talking about trauma is not easy, nor is holding on to it. So she uses unique approaches to foster sisterhood among girls and young women. One of her popular engagement activities is the ‘Artistic Fridays’ where young women and men indulge in arts to express themselves. They sing, dance, recite poems and act out what they’re feeling and advocate for mental health.

During the pandemic, when GBV spiked in a country already notorious for it, Maureen collectivised local civil society organisations to come to the rescue of women in need. They put in place toll-free helplines, chat-based counselling, tele-conferencing, video sessions and even an app with resources on GBV, sexual and reproductive health and rights, and mental health.

Maureen passionately advocates for women’s welfare, and champions her mentees to become advocates in their own communities. She believes that she found her voice at the YWCA, and so wants to leverage that door of opportunity to help others find theirs.

And she doesn’t. Her sessions are open to all communities and genders. She engages with people of different faiths, beliefs and backgrounds to help them overcome challenges related to their physical and mental health.

As the World YWCA, we will continue to share more evidence from the ground about the power of investing in feminist movements and leaders who embrace the challenges and make real impact on-the-ground.

We know you believe in the power of young women, as we do. Will you invest to make this a reality?

DONATE today – no matter how big or small. 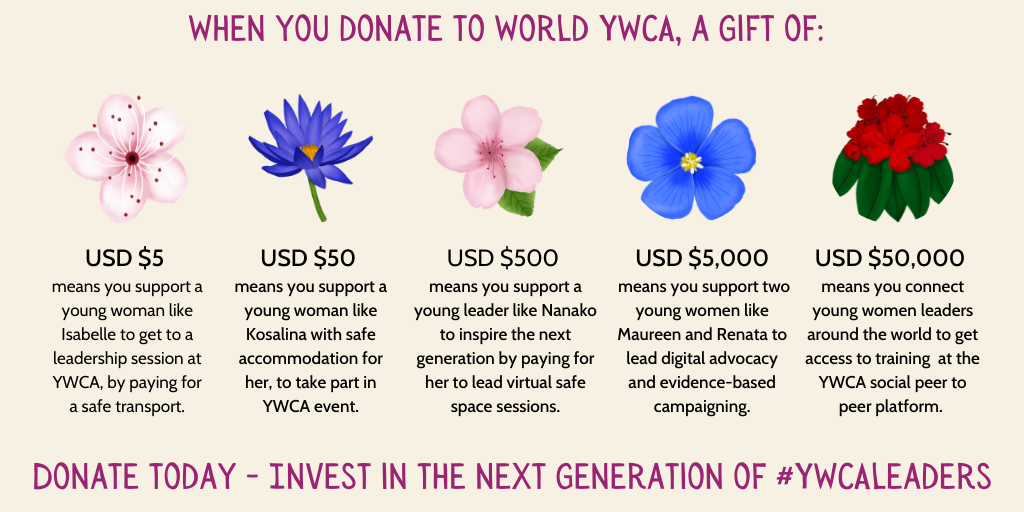