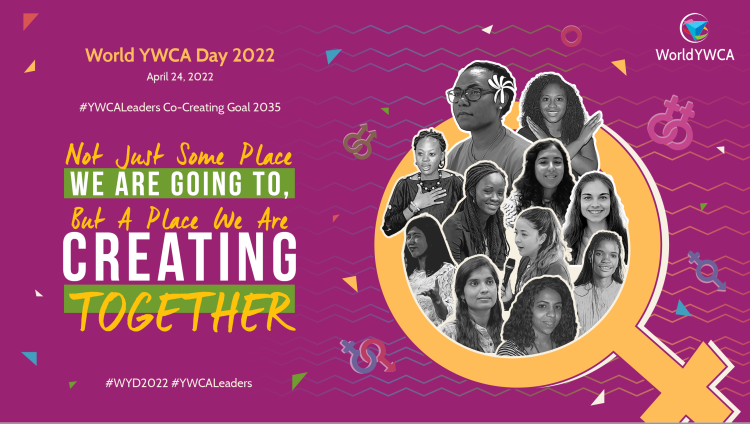 #YWCALeaders Co-creating Goal 2035: Not Just Some Place We Are Going To, But A Place We Are Creating Together

YWCAs from all across the world joined the World YWCA to celebrate World YWCA Day virtually on April 24, 2022, under the theme: #YWCALeaders Co-creating Goal 2035: Not just some place we are going to, but a place we are creating together.+

This bold, transformative Goal, inspired by the preamble and purpose of the World YWCA and adopted by the World YWCA, affirms our foundational belief in centering young women and girls, establishing a clear objective for the movement’s sustainability, and directly reflecting our commitment for the future.

At the same time, Goal 2035 is based on our resolve to reform, adapt, modernize, and re-invent ourselves in order to meet the current and future requirements of women, young women, and girls all over the world. We invited YWCA Leaders to think, deliberate, engage and find spaces to co-create, acting towards Goal 2035.

The World YWCA shared a tool for engagement that included exciting ideas and templates for social media celebrations. Many YWCAs shared insights and quotes on what Goal 2035 meant to them and why they think it’s important to attain for a better world. 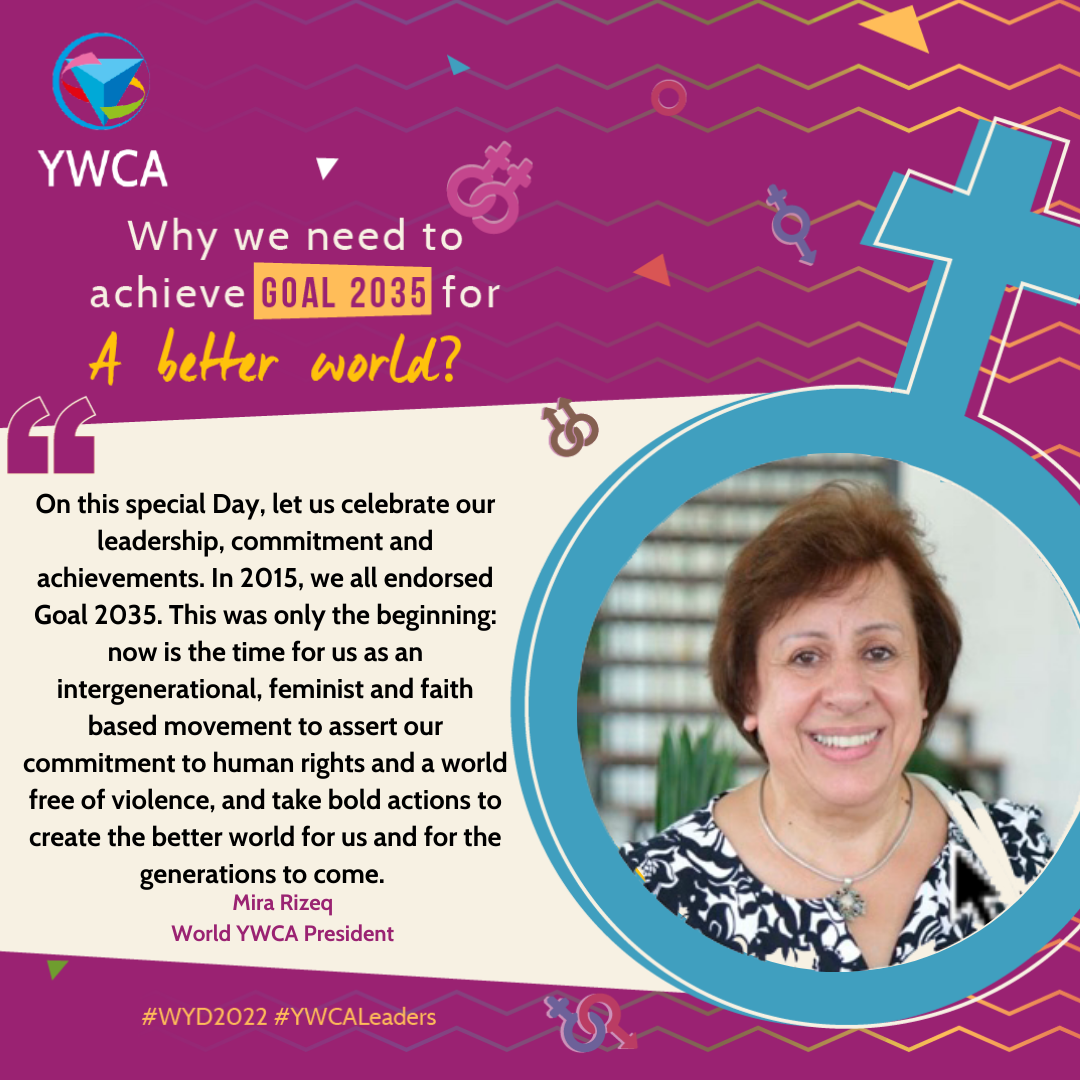 The World YWCA organized a picnic at World YWCA office inviting former staff, volunteers and friends of the YWCA. This event gave us the opportunity to connect for the first time physically since the beginning of the pandemic and share a moment sharing stories, memories and discussion on our movement.

The World YWCA organized a picnic at World YWCA office inviting former staff, volunteers and friends of the YWCA. This event gave us the opportunity to connect for the first time physically since the beginning of the pandemic and share a moment sharing stories, memories and discussion on our movement.

In advance to the celebration, YWCA of Japan translated the tool shared by World YWCA into Japanese. The tool was shared across social media platforms and within the local associations in Japan, inviting them to reflect and engage in conversations.

YWCAs from all around the world, national and local, shared unique perspectives on social media platforms on what Goal 2035 means to them and how the Goal can help change realities for girls, young women and women.

YWCA Nepal and YWCA Fiji engaged in the campaign sharing the voices of #YWCALeaders with a message on Goal 2035 and why it’s essential to empower women, young women and girls to become the leaders that will change our world for the better.

YWCA Secunderabad, a local YWCA in India, organised a joyous in-person reunion where the Interns from St. Pious X College, Sadhvika & Hema, were exuberant anchors for the session. After welcoming the audience, General Secretary, Sharon Solomon, opened the programme with a prayer. YWCA Leaders met after nearly two years in-person to celebrate this joyous occasion.

YWCA Madurai shared messages from #YWCALeaders sharing what Goal 2035 means for the local YWCA in India.

YWCA Taipei celebrated the day online by sharing a breakfast in line with the COVID-19 protocols.

YWCA of Sri Lanka shared inspirational messages with leaders holding placards and voicing their commitment to Goal 2035, especially in line with the ongoing crisis in the country

Marianna, the acting General Secretary of YWCA-YMCA Norway also shared a powerful message on the significance of the day.

The messages were shared from YWCAs from around the world, including YWCA of Australia, Palestine, Argentina, Greece, Canada amongst others. KFUM Central as well shared messages on Instagram. The day saw a number of local YWCAs also engaging online for the celebration, including YWCA of Hamilton, YWCA Metropolitan Phoenix, YWCA of Northeastern NY, YWCA Classclay, YWCA Dayton, YWCATx, amongst others.

History of the World YWCA Day*

2015: World YWCA invited to celebrate the “Round-the-World- Breakfast” with the theme Envisioning 2035. At World Council 2015, we adopted the Envisioning 2035 proposal, a 20 year programme of action.

2019: The theme selected for World YWCA Day aligns to the theme for the 29th World Council that was celebrated in South Africa from the 17th – 22nd of November, 2019.

2020: World YWCA adapts World YWCA Day programme to be used in a global pandemic reality, with social containment and isolation measures affecting countries around the globe.