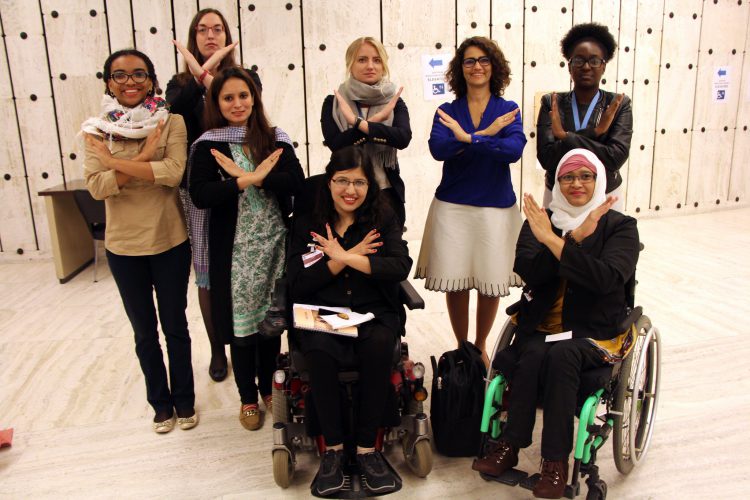 I had an opportunity to attend the 19th session of the Committee on the Rights of Persons with Disabilities (CRPD), an independent body of experts, which monitors the rights of people living with disabilities on behalf of the UN. This session was particularly interesting for me, as it was focused on my home country, Haiti. Haiti’s population is currently over 10 million, and the number of people living with disabilities is around 10 to 15%, according to World Health Organization and government statistics. These numbers increased significantly in recent years following the 2010 earthquake and Hurricane Matthew (2016).

Young women and girls with various disabilities in Haiti, especially in low income settings, are often treated as pariahs, kept behind closed doors, out of school, and if possible, doing domestic work. Sometimes they are abandoned or sent to live with relatives where they are at a greater risk of being physically, emotionally, financially, and sexually abused.

In some cities and rural areas of Haiti, people who are mute, deaf or blind, born with limited mobility or who have intellectual or psychosocial disabilities are sometimes believed to be cursed, or can be seen as manifestations of mythical creatures and dangerous spirits. They can be considered as less than human, as something to be feared, hidden, or eliminated.

In one high-profile case in March 2016, three young women were murdered near Haiti’s capital while they were on their way home from work in the capital marketplace. Investigators discovered that “mystical beliefs” led to the murders but to this day no arrests have been made.  These myths and beliefs must be urgently addressed and challenged. It is therefore critical to work with religious leaders of all beliefs and practices to fight against stereotypes, myths, beliefs, and harmful language and behavior.

Not consulting young women and girls with disabilities on policies is a grave mistake.  For example, in 2015 the Haitian government adopted a National Plan for Gender Equality that the Ministry of Women’s Affairs fought hard for; however, young women and girls with disabilities were not consulted. Therefore, targeted efforts on their rights were omitted from the strategy 2014-2020. Thankfully, civil society organizations for and by women with disabilities are fighting back and have been vocal about the need for amendments to the National Plan.

Additionally, our National Census is to take place in the coming year. I hope that the statistics and data will reflect the reality of young women and girls with disabilities living in rural areas, in orphanages, in the streets, in slums, and in internal displacement camps. If people with disabilities are hidden and not counted, it will be even more difficult to make sure that they are included and that their human rights are respected. Without proper statistics, projects will fall short and exclude those who are most marginalized. 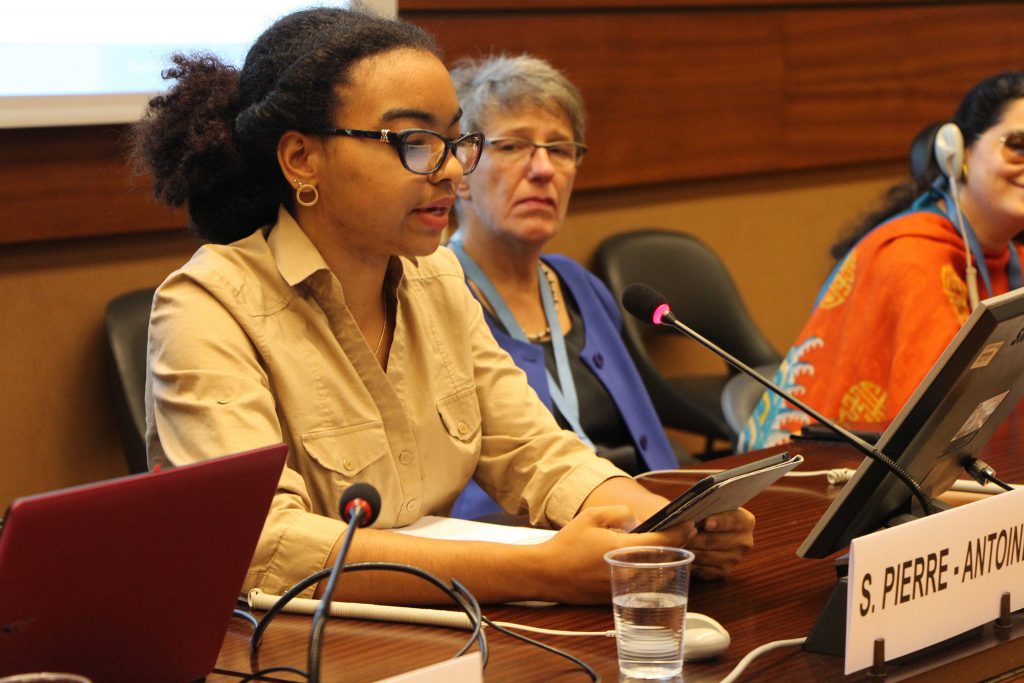 We can change the experience for young women and girls living with disabilities in Haiti through their meaningful and inclusive participation at all levels of society and in decision making processes. Meaningful and inclusive participation means that we no longer accept excuses as to why differently abled young women and girls in our communities are not included and integrated.

We have to constantly and actively work to break down the barriers that differently abled young women and girls face. We must ensure that we create and encourage opportunities for them to contribute to drafting policies, legislation and campaigns, and implementing and evaluating projects.  Young women with disabilities must be given the space, tools, and resources to enable them to claim their human rights. For example, this may include initiatives to build accessible schools and bathrooms for girls, to design inclusive urban planning, to have legal, medical, and school materials adapted and rendered accessible, and to host and reinforce non-discrimination policies and sensitivity trainings in the workforce.

For the service industry, in particular, this may mean holding nation-wide awareness campaigns on disability rights as human rights, and including targeted training and evacuation measures in case of natural disasters. It is up to all of us to assure that they have the proper platforms, tools and resources necessary. We need to hold each other, our organizations, our movements and governments, accountable by budgeting and planning accordingly.

Government and international efforts to mainstream gender should go hand in hand with the efforts to integrate a disabilities lens. We can’t separate the two if we truly want to leave no one behind. In spite of Haiti being prone to natural disasters, the focus on people with disabilities in discussions on disaster risk reduction is minimal. The same can be said for discussions on urban planning. Access to services, resources, education and employment are extremely limited due to stereotypes, stigma, and lack of targeted budgeting, data, and programmatic focus. This is critical to realize human rights, the right to health including sexual and reproductive health and rights, the right to education, economic empowerment, and political participation. It should also be a key component in the ongoing work against gender-based-violence and child early and forced marriage.

Although Haiti ratified the United Nations Convention on the Rights of Persons with Disabilities (CRPD), which came into force 10 years ago in 2008, in Haiti’s 2009-2013 report, there is very little focus on women, girls, and children. Following the discussion on the 19th Session in which Haiti was reviewed, it was clear that there is room for a lot more progress. I hope that my country will push further all aspects of the CRPD and take concrete actions to include a gender lens and the meaningful participation of young women with disabilities in order to respect, protect, fulfill, realize, and uphold the human rights of persons with disabilities. Only then will Haiti’s government have tangible, impactful, and sustainable progress to report during the next CRPD review.

Sophia Pierre-Antoine is a young woman from Haiti and a member of the Young Women’s Global Advisory Council at the World YWCA, a global movement that works for women and young women’s empowerment, leadership and rights in more than 120 countries.