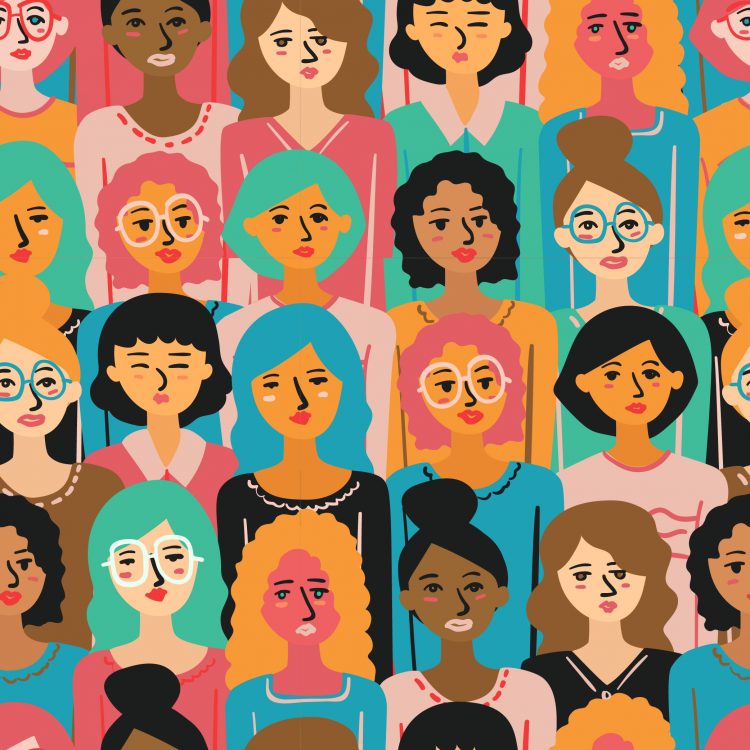 "In feminist approaches and theory, to have an intersectional approach and awareness has become important to fully understand the complexity of power structures and the relations between them."

By 2035 100 million young women and girls will transform power structures to create justice and inclusiveness for all. In the Preamble of the World YWCA Constitution it says “Its vision is of a fully inclusive world where justice, peace, health, human dignity, freedom and care for the environment are promoted and sustained by women’s leadership. The World YWCA recognises the equal value of all human beings”. Most national associations, both YWCA associations and joint movements YWCA-YMCA strive to make inclusiveness a core value and best practice in their daily work. To reach this vision, a bold and transformative leadership is needed. The question is: As a movement are we bold and transformative enough?

In our Nordic context the YWCA-YMCA movement and national associations  work to reach full inclusiveness of all people, regardless of gender identity, ability, nationality, sexual orientation, and so on. At least this is what we preach and include in our official documents and positions. A question is whether this vision is reflected in our practice. Do the YWCA-YMCA accomplish its vision of full inclusiveness? In our context and Nordic societies the Nordic YWCA wish to argue for an intersectional approach to include an awareness of how our movement and local associations fail to establish a platform for all women and girls, men and boys (in the case of joint YWCA-YMCA movements) to participate and engage.

In our YWCA-YMCA movements and Nordic societies we are quite equal, even though we see less focus on the feminist perspective in our work than what should be assumed with regards to our membership in World YWCA. We want to change this, and this is why the Nordic YWCA network was established in 2017. Nevertheless, observing our movements from an intersectional perspective, makes us wonder if we are truly equal? A blind young woman from Copenhagen might have difficulties following the Y on social media, as neither Denmark, Norway nor Sweden uses audio description in their social media updates. Can individuals with disabilities join all our programs, leadership trainings and youth festivals? We await surveys that find our national and local boards to have diversity when it comes to ethnicity and social background. How can we be a faith based association and have a strong message on inclusiveness, when we don’t dare to talk about healthy sexuality, women’s sexual and reproductive health rights and gender identity? It’s not a secret that giving young women more power in the movement has been on the agenda for a while. How we can be more inclusive towards young women and make sure that young women truly are given power in our movement, is definitely a challenge. Therefore, we believe it is important to argue for an intersectional approach to be included more strongly in the work the YWCA does in all societies.

In the case of non-joint movements, the YWCA is a separatist forum; a forum only for women. This is very empowering and an absolute necessity in order to create an environment where women can be safe, support each other, and develop as leaders. For the women’s movement such forums have been necessary to push down the patriarchy and fight for gender equality.  But if we see our movement – the YWCA –  from an intersectional perspective what power structures do we see and what happens in a separatist forum when gender is excluded as a power structure? What other power structures become visible?

To make our vision of a fully inclusive world a reality, the YWCA and YWCA-YMCA movements need to have an intersectional approach when we talk about inclusiveness and in the work of transforming power structures. We need to start within our own movement. The YWCA should be in the frontline. We need to practice what we preach, and push for a feminist, bold and transformative leadership, both within our national associations and on the global arena.

The Nordic YWCA is a network of engaged members from the Swedish, Norwegian and Danish joint YMCA-YWCA movements and the Finnish YWCA. Over a period of time, several members from the different joint-movement countries (Sweden, Norway, Denmark) had acknowledged that the YWCA and its feminist values, rights-based work, strong voice and work for women’s rights had become invisible. Parallel processes had started in the different countries aiming to change this. A network was formed in 2015, and meet at least once a year. The purpose of the meetings is to support and learn from each other, and to mobilize the work towards a stronger YWCA in the joint movements as well as a strong Nordic feminist voice in both international movements, the YMCA and the YWCA. You can follow us on Instagram @nordicywca