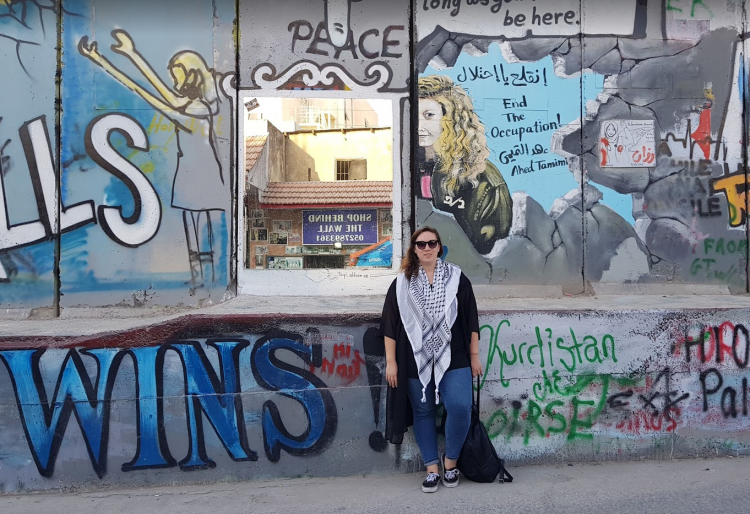 "All human beings are born free and equal in dignity and rights". On a recent visit to Palestine, I witnessed first-hand that this was not in any shape of form a reality in the land.

Universal Declaration of Human Rights, Article 1. All human beings are born free and equal in dignity and rights. They are endowed with reason and conscience and should act towards one another in a spirit of brotherhood.

Life is complex. There are deep rooted social structures, learned behaviours, histories and complex realities. This means we don’t always act in a way that works towards and accomplishes the reality of Article 1 of the Universal Declaration of Human Rights. If there was ever a pressing example of this it is the Israel/Palestine conflict. The history and current status of the relationship between the two states is complex and harrowing to say the least, with Palestinian people suffering greatly under occupation.

On a recent visit to Palestine in October 2018, I witnessed first-hand that Article 1 was not in any shape of form a reality in the land.

“All human beings are born free and equal in dignity and rights.”[1]

And there I saw that the 5 types of Palestinians who all hold specific status and permits that dictates their daily lives, access to services, freedom of movement, right to work, right to land and right to return.

“They are endowed with reason and conscience and should act towards one another in a spirit of brotherhood.”[2]

Is this the Article 1 of Universal Declaration of Human Rights? Or is this the reality of it? I questioned myself.

During my visit, I traveled to various parts of the West Bank and witnessed the reality of occupation, speaking to Palestinians living under the harsh rule. The morning I spent in the old city of Hebron however stuck me profoundly because it showed the sheer lack of respect and denial of dignity that was extended to Palestinians living there, in a city in Palestinian territory as defined under International Law.

Life in Hebron for Palestinians is difficult, there is constant military presence, curfews, 103 checkpoints and 110 cameras in constant operation and the presence of over 2000 soldiers in the City there to protect the 700 illegal settlers. 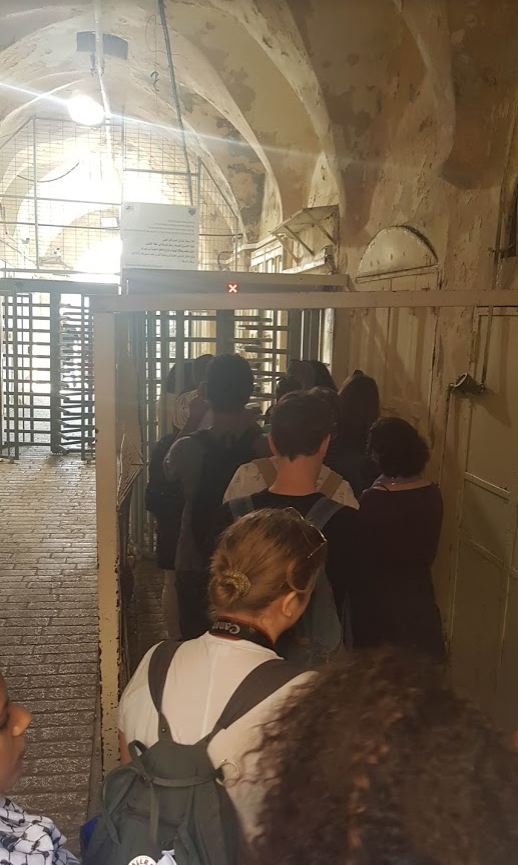 Within 500 metres in the heart of the old city, one of the oldest Cities in the World we were met with 4 armed checkpoints. The first to enter the old town itself, then an additional one along the main road of the city, the third if we wished to continue along Shuhada Street and the fourth to enter the Ibrahimi Mosque.

4 military checkpoints is very unnerving especially given the close proximity to each other, the presence of dozens of heavily armed soldiers, armoured cars, gated access and blockades, sniper towers and barbed fences.

Tough for citizens, but a mere inconvenience for an outsider in the city. There is some queuing, a quick show of your passport but it is straight forward because such measures are not there for us international visitors. They neither serve to protect us or to keep us out of the old city we pass through with no issue.

These measures are present to protect illegal yet heavily armed settlers who are present in this city in defiance of international law and to limit the access and presence of Palestinians in the city in order to push them out and disrupt everyday life.

For Palestinians everyday life is cumbersome. Checkpoints for them are not so straightforward. There are often longer queues clubbed with more detailed questioning, pat downs and bag searches that are forceful and humiliating. Palestinians in the old city are not even allowed to drive there, prohibited to enter a large section of Shuhada Street.

We left our Palestinian colleagues and friends at the checkpoint to wander down this area, which was a former hustling market street.

For me this checkpoint was difficult to contemplate, it felt wrong to enter this area so freely yet our friends could not and I chose to wait with them while the group carried on. What happened next changed me in many ways. While we waited, a settler appeared in the doorway of a building that was forcefully taken from a Palestinian family 3 years back. As he sat on the steps but a few feet away from us with an AK 47 between his legs, I had a feeling of discomfort so deep that it was hard for me to understand the trauma the family must have gone through.

Our Palestinian friend said ‘look how heavily armed he is. He could shoot me in the back right now for no reason in front of those soldiers and no justice would be served. The soldiers would support the settler and say we attacked him and say it was self-defence. This happens all the time. We are not allowed to carry any weapons or have any state protection but we are somehow the threat?’ 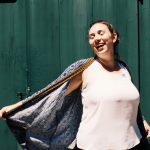 Jade Brady, our 2018 Intern from Australia, visited Palestine as a part of the World YWCA team to attend the YWCA of Palestine’s International Youth Conference hosted in October 2018