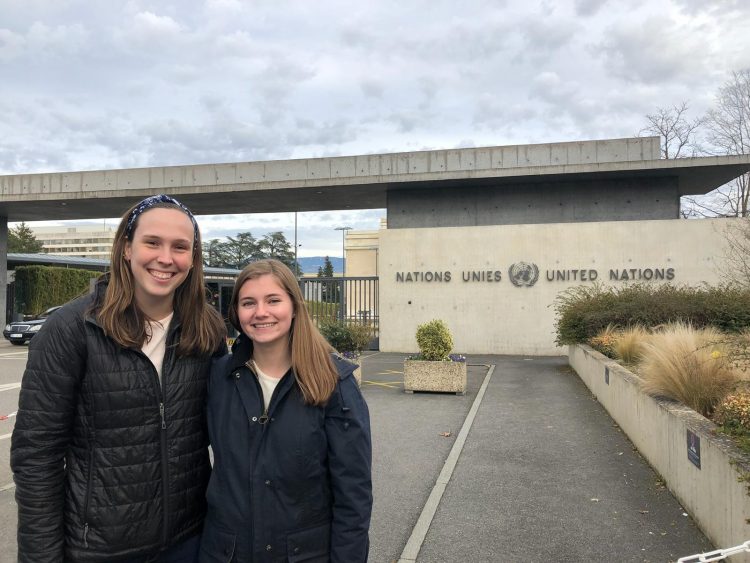 “We need to integrate young women’s perspectives into decision-making processes, requiring their active participation as implementers, and not just recipients.”

This declaration by Tamara Mawhinney, the Deputy Permanent Representative of the Permanent Mission of Canada to the UN, at the 40th session of the Human Rights Council, at a side event sponsored by the Centre for Reproductive Rights, seemed to follow me throughout my experience at the HRC.

Many government officials, NGOs, advocates, and activists offered statements that mirrored MaWhinney’s assertion on a myriad of subjects. For instance, Avni Amin, from the World Health Organization, emphasized how essential it is to have the “active engagement of women and girls” in processes guaranteeing the sexual and reproductive health and rights of women in humanitarian settings. Anthea Taderera, an advocacy officer of the Coalition of African Lesbians, similarly asserted the need for young women to “participate fully in public life and politics,” when referencing the limitations that women human rights defenders face when advancing sexual rights.

As I sat in the black-cushioned seats of the UN, listening to these calls for the active participation of young women in decision-making spaces, I saw few to zero young women in these rooms. Although this picture corresponded to these statements, hence the need for these calls for action, I thought it was ironic that these organizations seemingly made little effort to include young women at these events.

With my red, laminated badge dangling from my sweater, I started to contemplate how I even made it into this room, as a young woman myself. First, I had to enter Switzerland; as a dual American and Canadian citizen, who is being sponsored by a university, paperwork was the only hurdle I had to jump to obtain a residence permit. Next, I needed an internship at an organization that had the ability to sponsor my attendance at the HRC; with my university’s connections and relevant experience, I accepted an internship at the World YWCA. As an intern at the World YWCA, it was very straightforward for my registration to be approved for the 40th session of the Human Rights Council. Within twenty-four hours of submitting my request to attend the Human Rights Council, I was wandering the UN campus.

As I reread this list of hoops that I had to jump through so that I could have a seat at the various side events of the HRC, I have realized how privileged I am. I have the “right” citizenship, the “right” university,” and the “right” organization that allowed me to sit on those black-cushioned seats. Many young women do not have these “right” qualifications and are denied access to spaces like these.

The stark contrast between my relatively carefree experience in gaining entry and the grim reality of the lack of young women being represented in the rooms I sat, demonstrates how pertinent these calls for action are. Not only are young women denied access to these spaces due to their voices not being valued, but also due to visa and passport restrictions. For example, at a side event sponsored by the Right Livelihood Award Foundation, Mozn Hassan, an Egyptian human rights defender, was forced to speak via Skype because she is currently under a travel ban. Technology can only help bridge this gap so far. Young women need to be represented and actively involved in decision-making processes that affect their own lives. It is not enough just to call for action, there needs to be action.

Notably, it is not adequate for young women just to gain access to these spaces; their voices also need to be heard. For instance, the side event, titled “Voices of Young People and Women, Peace, and Security,” featuring three 18 year-old women, had the lowest attendance of all the events that I was present for. There were only 6 audience members that were not apart of the organization sponsoring the event. Young women just having a presence is not sufficient; their ideas and opinions need to be taken into account.

This post was written by Taylor Corbett, an undergraduate student at Colgate University in upstate New York, who is studying Political Science and Peace and Conflict Studies. During her semester abroad in Geneva, Switzerland, Taylor is interning at the World YWCA, working with the Global Programming and Impact team.