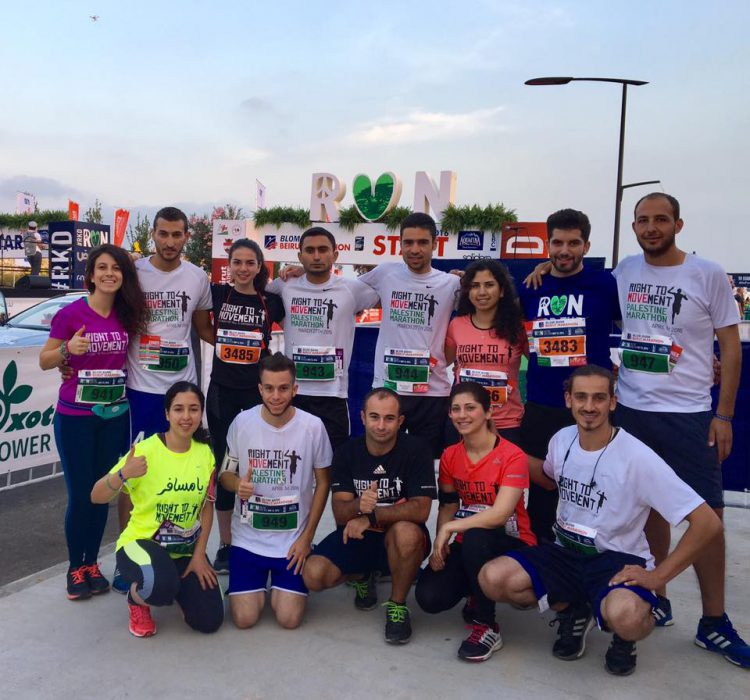 Two facts shape my identity: I am Palestinian, and a young woman living in a society dominated by Patriarchy. For Palestinians, struggle is a reality and part of every day life. The Israeli occupation, which has reached 69 years of existence, imposes many obstacles and violates our rights, especially the right to movement. Then there’s the patriarchy that has plagued my society for as long as I have been alive. It’s another reality, limited to women and young women only; a set of cultural and social barriers. However, through my running team Right to Movement and the YWCA sisterhood, I have been able to overcome all these obstacles. Believing in the power of poetry and writing as tools of expression, I  celebrate my victory through a slam poem.

As I am standing here  infront of you I feel strong, but this feeling is new to me

See I am Palestinian, and I have been under occupation for so long

but Israel is not the only occupant, for the patriarchy rooted in my society is too.

As a young woman, I have faced so many barriers holding me back and drowning me down, but I have overcome them.

Two years ago, I joined a running team called Right to Movement and we run to tell the world that we have the right to move.

I also run to tell my society that sports is for no particular gender, but for all human beings too.

Then a friend told me about the YWCA, I fell in love with the movement and decided to join too.

This movement is a safe space for me to grow, voice myself out, and lead the change I want to see in this world too.

Two years ago, I didn’t realize the power in me,

but here I am standing in in front of you today, feeling as empowered as I never did before.

I will keep fighting for my rights. For my voice to be heard too.

I performed this poem during World YWCA second Human Rights Council (HRC) Youth Forum, which took place inside the United Nations Office in Geneva on June 2nd 2017. Watch the performance in the video below!