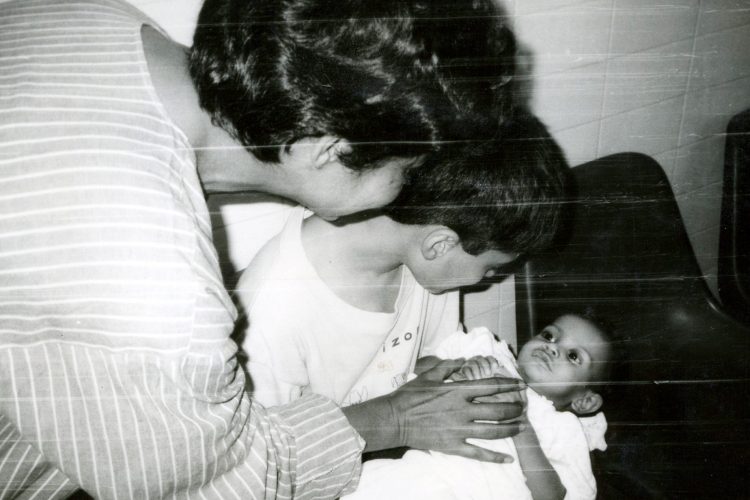 "I am Seher Hashmi Raza. I was born in a hospital in New Delhi, India, to parents whom I don’t know. Now I am 24 years old and I’ve been reflecting on my journey to understand mental health and my continuous process to recovery".

I am Seher Hashmi Raza. I was born in a hospital in New Delhi, India, to parents whom I don’t know. Now I am 24 years old and I’ve been reflecting on my journey to understand mental health and my continuous process to recovery. When I was nine months I was taken to Palna Orphanage and my biological parents left me there. Three months I was in Palna until September 1996 when I was adopted . This is the story of my life: things I have been through and things I still feel.

I was adopted when I was almost one; I had skin issues, was severely malnourished, and was not even crawling. My eyes were blank and dull. Soon after coming to my new home, my eyes began to sparkle as I felt the warmth of my parents and felt loved.

A lot of people think that such small children do not realise that they are adopted, but what I learnt later from various psychiatrists that the separation from parents at a small age may leave a deep scar on the psyche and can constantly haunt the child as he or she grows.

People might not realise but the insecurity, the hurt of being abandoned, rejected by biological parents is very difficult to come to terms with. The feeling that I was rejected is so deep that it’s impossible to fully overcome. The quest for finding who my mother is and why she left me keeps returning.

By the time I was 4, I started getting very irritated and angry. I used to break everything in my house and my parents thought it was just growing up issues. Soon it became very difficult for them to handle.

I was around 7 years old when I asked my mother if I came from her stomach. She gently replied “no” but said that I was very special: “you have two mothers, one who gave you birth and the other one is me”. I hardly understood what she said or what she meant at that time.

I had problems adjusting in school; I couldn’t concentrate on my studies. I shifted many schools, one after another. After the initial period of some happiness I would again feel restless. I couldn’t make friends who would stay long enough with me.

When I was around 13 or 14 years old, my parents started visiting different psychiatrists to understand my behaviour and what was happening to me. In India, if someone visits a psychiatrist, people label them as “MAD” or “CRAZY”. It’s also very difficult to find the right doctor, and it took my parents years to find one. I was going to various counselors and psychiatrists but nothing much came out of that. In November 2014, I had harmed myself badly. I was so fed-up of living this so called “LIFE” and wanted to give-up. I couldn’t handle all this pain. I thought dying was so much easier and more simple. After I hurt myself, doctor’s suggested that I need continuous therapy and medication.

I was too scared after I harmed myself but still felt very reluctant to go to any psychiatrist again, as the earlier experience had not helped me at all. This time a psychiatrist came home, a very rare phenomenon. Soon I started going to him more often and started medication. He diagnosed me with Borderline Personality Disorder (BPD); my present psychiatrist says I was suffering from severe depression. Mental illnesses can be very complex, which makes them difficult to decipher and to understand the exact causes. I started medication in 2014 and it took me quite a few months before I started therapy.

After all these years of struggle with myself and others, I have learnt to be strong, face life once again and take up simple and slow challenges, and now I’m also able to handle my breakdowns. I have found different things that I could do so that I don’t lose my cool, or harm myself. I started painting, did two successful exhibitions, joined The National Institute of Fashion Technology and qualified as a fashion stylist. I have been doing Facebook lives to help others and soon plan to start a support group. I was lucky enough to have parents who supported me through very difficult times. It is important to sensitise our families and society at large to treat mental illness as any other ailment and fight the taboos against it.

The road to recovery can be very slow, but it is key to engage with your passion along with regular medication and therapy.