Home » Being a Woman in Kerasovo, Greece: A Glocal Issue 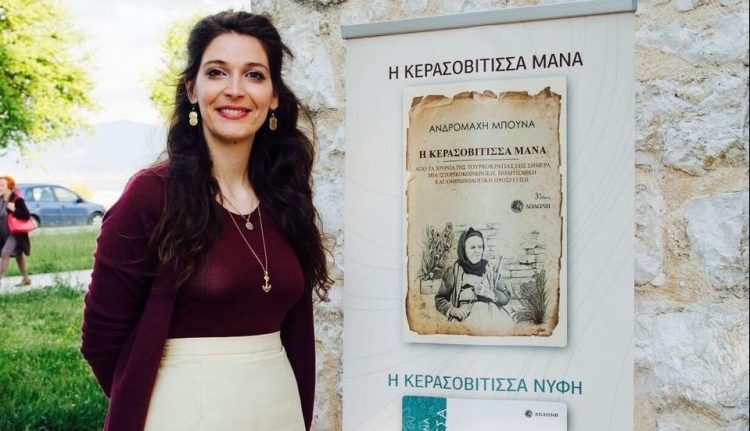 "In spite of the obstacles I have faced and still struggle with, I believe that every woman can be a leader in her life and can also lead the collective effort to bring about positive social change and advocate for an inclusive world".

Story published as submitted for the contest “Story of Change”.

I come from a small rural community in the north of my country, Kerasovo Konitsis, a beautiful mountainous village. Throughout my childhood I listened to the stories of women in my village and witnessed the difficulties and inequalities they were faced, mainly because they were women.

Contemplating my career, it was perhaps this exact heritage that has prompted me to study Social Anthropology and History and to major in Diversity.

Struggling to fulfil my dreams in times of harsh social and economic crisis, facing more or less the same core issues as the women in my village (and many a times even harder because of my age), the idea of documenting and highlighting personal stories and through which their collective history could be accentuated, matured.

My initial idea was realized, when I wrote and published the books “Being a Mother in Kerasovo” and “Being a Bride in Kerasovo”, as well as my thesis “Formation of Gender Identity: The role of family and school.”

Through this effort, I aimed to both support the women of my village so as to recognize gender stereotypes and socially constructed gender roles and to empower older and younger women alike, to challenge their predetermined social status. I wanted to highlight their everyday problems with discretion and amplify their voices concerning obstacles that lead to restriction and exclusion. To some extent, I believe I have succeeded in helping them recognize their status in their families and how it has been shaped by the patriarchy, through the reading of their own stories.

During my effort to bring the voices of the local women to light, I have encountered various obstacles. First of all I had to recognize myself the status of women, in order to be able to “deconstruct” it, especially in times of crisis which affects women disproportionally, putting them in a vulnerable position. Another equally important obstacle was to approach and record their personal testimonies with discretion and sensitivity, since they reside in small patriarchical communities.

Also, in my career in the academic field as well as that of research, due to the issues that I have been studying for many years and have chosen to keep in high priority (gender, gender identity and inequalities), some categorize me as something other than “heteronormative”, a gender and sexual identity that prevails in Western societies. Choosing to raise issues of identity, especially women’s identity issues, almost automatically categorizes you as a “feminist” or as a woman of “a different sexual orientation”. You can fall under specific “labels” and you can be treated on the basis of arbitrary and stereotypic gender norms.

Throughout my personal journey of introspection, empowerment and transformation into a young woman that raises her voice and inspire other women to share the same path, my local Y has embraced and supported me, put faith in me and to this day continues to do so. I have met women with great inner power, fighting not just for their rights but for the rights of every woman around them. I felt accepted and I was inspired to engage in the planning and implementation of programs at a local level. It wasn’t long before they gave me the opportunity to join forces with volunteers from all over Greece and lead the organization at national level holding a position on the National Executive Committee. Thanks to them, I have the privilege of participating as a delegate at the 29th World Council. Last but not least, I have been given the opportunity to share my story with you, a story of women’s glocal issues as today the local level meets the global thus a new word is being born in times when women’s issues have no frontiers.

In spite of the obstacles I have faced and still struggle with, I believe that every woman can be a leader in her life and can also lead the collective effort to bring about positive social change and advocate for an inclusive world. Any young woman who has the ability to record and spotlight women’s personal or collective history must do so.

This will contribute to raising awareness, inspiring and mobilizing women all over the world to lead positive change, thus achieving gender equality and realizing both women’s and human rights in general. Amplifying our voices, recognizing our collective power and especially integrating young women’s perspectives into decision-making processes is critical in pursuing the Goal for 2035.