Home » Shao-Chi Su from Taiwan: My story and leadership journey 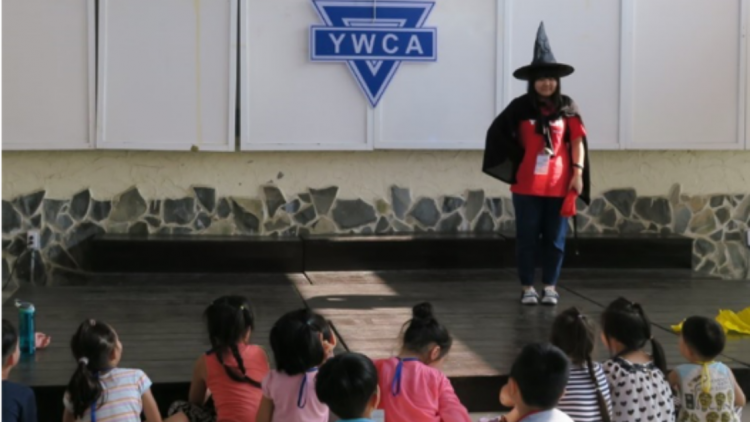 Shao-Chi Su teaching children how to identify their emotions.

Story published as submitted for the contest “Story of Change”.

I grew in single-parent families, and I was raised by my mother alone. As a single mother, she might encounter many difficulties, but she was always very energetic and loved to help others. My mother has a great influence on me, I believe that I can also have power to help others just like my mother. So I chose to study in the Department of Social Work. When I graduated from university, I became a social worker who worked in the Taipei YWCA. I was so excited that I could help many people in my work.

As social worker in charge of helping battered women, I accompany them who share many their own stories and how to face their tough time. The stories might have many issues, including medical, poverty, law and so on. I will help them with different kinds of situations. But many clients suffer in the cycle of violence from the perpetrator in a long time. Some of them even don’t believe they can escape from the situation. Besides, not everyone who applies is lucky enough to have the good economical and resource conditions to leave respondent. It makes me frustrated and I begin to doubt whether I can help them fight for their own rights. I don’t think I have a lot of influence on them. And I almost forgot the initial intent and lost the enthusiasm to help people. But these thoughts have been constantly appearing in my mind until I met FEI.

FEI was my client who had beaten by her former husband for 30 years. I remember the first time I met FEI, she looked very sad and disappointed. Even if she was full of sorrow, she still didn’t tell anything what she experienced. She was a person of very few words which created a sense of distance. Nothing I could do due to her vulnerability and defense. So I just spent time with her to deal with lawsuit and keeping accompanying her when she felt upset. I have accompanied her for six months. One day, we were in the court because of her Appliance of retraining order, she suddenly said thanks for my accompany , holding my hands and giving me the card timidly. I read the card she wrote to me, though she didn’t write many words, she expressed how much she appreciated me for spending so much time with her during her tough days and helping her to have the power to against violence and oppressions from her former husband. Words she wrote were simple but powerful .

It’s surprised me that I thought I didn’t do nothing for her and I didn’t think I can make her open her heart. I even never thought company is really important to my client, and that is what I always do. Her feedback is a shot in the arm and I know my work is valuable.