Home » Feminist Myths We Must Get Rid Of! 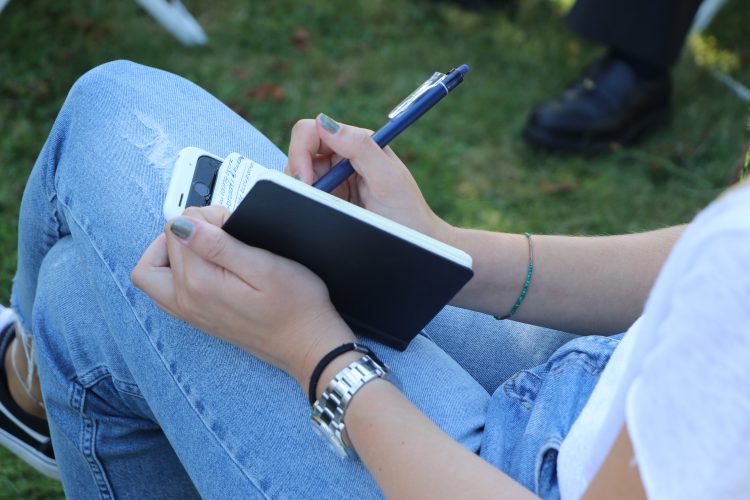 We need feminism because we shouldn’t need feminism. Everyone should be treated as equal without the need for any “-isms”.

Feminist. What is the first thing that comes to mind when you hear that word? Man-hating? Hairy? Unhygienic? Angry? Although one out of a bunch of feminists could be any of the aforementioned descriptors, it has nothing to do with the fact that they want to be treated equally as men. For many people, that oh-so-terrifying word “feminist” has a negative connotation – only 26% of the world’s population believes “feminist” is a positive word. Feminism is an extremely prejudiced and stereotyped movement, and an end has to be made to the myths that are perpetually reinforced.

People imagine that there are a set of “feminist rules” that all those who identify as feminists must abide to. There are countless types of feminists, but most believe in two principal values (which are not rules one must follow): women and men should be treated equally socially, economically and politically and that changes in law and social code must be made to ensure a more just world for women. What has to be understood is that feminism is a philosophy that has a lot to offer to both women and men, what the word “feminist” doesn’t necessarily logically imply. Feminism is also not a radical movement, but simply the acknowledgement that women are people, the same way that men are, and deser ve the same opportunities, which they are not given.

“Feminists hate men”. How often have you heard that one before? I, for starters, have read and heard these words time after time. This is probably the most popular and persistent myth that keeps coming up again and again. Yes, some feminists do hate men and others don’t in the same way that some “non-feminists” hate men and others don’t either. Equally, some men hate women. But feminism is not about female dominance, it is not about “getting rid of men and taking over the world”. It is not about taking away power from someone because of their gender (which is, ironically, what has been happening to women for the past centuries), but it is about enabling everyone to have the same opportunities to obtain the power they want, regardless of their gender. What we do hate, though, is sexism and patriarchy, and we feel frustrated towards these outlooks that seem to have become the norm. This hatred can be misinterpreted as hatred towards men.What probably disgusts me most about this stereotyped version of a feminist is that it is about men. A movement that is all about gender equality becomes about men and about how they feel. This is exactly why we need feminism.

According to many people, feminists are not only man-haters, but are always angry too. Yes, we are angry! Wouldn’t you be angry if you made approximately 77 cents for every 1 dollar a man makes? Wouldn’t you be angry if you couldn’t go on a night jog out of fear of being harassed? Wouldn’t you be angry if you face yet another injustice every single day? We do know, though, that being angry all the time is tiring and won’t get us anywhere. Instead, we direct this anger into motivation and energy to do what we can to eliminate this gender gap. We use this anger-energy practically. Chimamanda Ngozi Adichie expresses this perfectly in her book We Should All Be Feminists: “gender as it functions today is a grave injustice. I am angry. We should all be angry. Anger has a long history of bringing about positive change.”

The prejudice about feminism that I (as a student who is determined to go on to study and pursue a career that I am passionate about) detest most is the preconception that feminists do not respect stay-at-home mothers or women who choose family-life over their career. This is not what feminism is about. Feminism is about the ability to be able to make the choice. For decades, women had no choice, but to do the housekeeping, to take care of the children and  husband. Feminists are all about creating the opportunity to choose to be a stay-at-home mum. You chose to follow a career? Great! You chose to take care of the children at home? Great! What’s more is that feminists also respect stay-at-home fathers who have made the choice to do so. Motherhood (or fatherhood for that matter) and feminism are not mutually exclusive; there are so many examples of people who identify as feminists and love being a parent.

No wonder the word “feminism” makes people uncomfortable when those who identify as feminists are described and portrayed as hysterical and man-hating. Why is it that I feel the need to say “I am not a feminist, but I believe that…” whenever I speak up about the fact that women are unequal to men? Does the feminist-label make me uncomfortable? What ever the answer is to that question, I do know that the myths stereotyping feminism only discourage women and men to speak up about this issue. We need feminism because we shouldn’t need feminism. Everyone should be treated as equal without the need for any “-isms”.