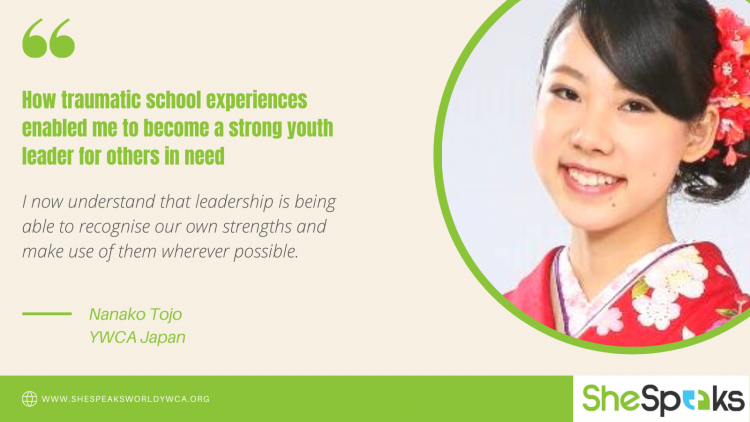 Looking back my school days, who could imagine that I would show leadership in my community? My mental health dipped significantly at junior high school and high school since I found it difficult to build good relationships with my classmates. It was not only in school that I felt uncomfortable, but also at home. My family did not understand my depression and why I refused to go to school, unlike other children. I had no safe space at the time, nowhere to feel relaxed and safe. Every day I wondered why people around me did not have the same struggles that I did (or so I thought). I found it impossible to open up about my anxiety and depression with anyone.

When I entered University in 2014, I met a lot of people from all around Japan as well as the world, and it changed me. Through daily conversations, I realized that it was not a rare experience to suffer from the lack of meaningful friendships and to have bitter school days. In addition, I got opportunities to attend more than 10 short-term international programs or volunteer activities, both in Japan and abroad, during my university days. Some focused on developing leadership and building a career in NGOs or international institutions. I was greatly inspired by the lecturers who overcame various difficulties. “Be optimistic.” This was a phrase that I heard again and again from many speakers and subsequently, a change happened in me. I became less negative and started to share my bitter experiences with the participants of the programs. After the conversations, both the participants and I felt that we were not alone and trusted each other more deeply.

However, I sometimes felt inferior after participating in leadership programs because being a leader seemed to be far beyond my capabilities. I compared the speakers’ experiences, expertise, and decisiveness with mine and became dejected, thinking that I could not be like them no matter how much I tried, because my experiences did not match up to theirs. I believed that I was not qualified to be a leader. 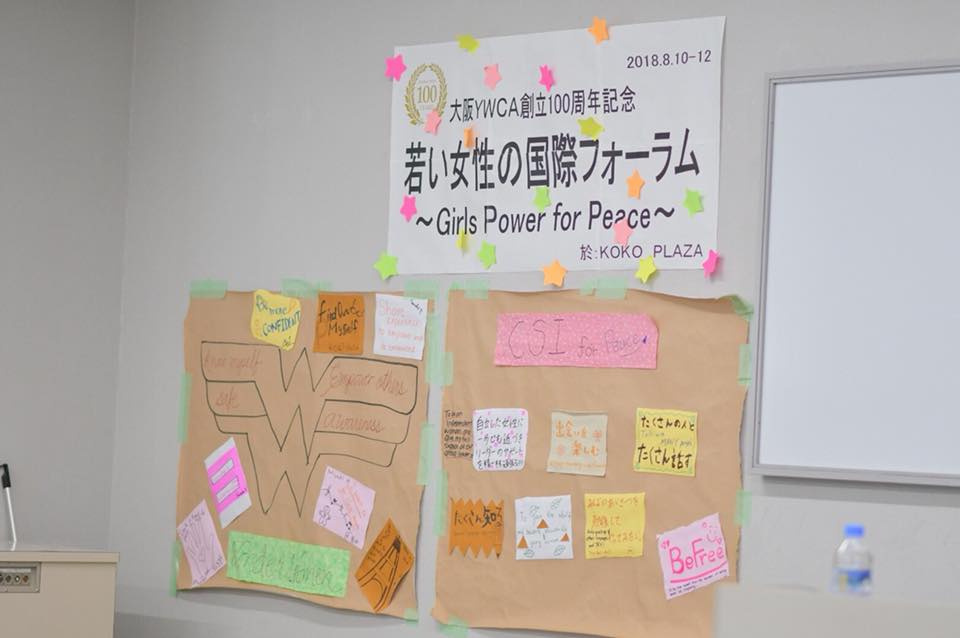 After starting work in 2018, I soon joined YWCA to continue my volunteer activities. I became engaged in several programs to learn about gender issues and leadership and also to speak of what I learned to the younger participants. The young women leaders whom I met, and the Rise Up! guide book taught me a new definition of leadership and it greatly changed me. After I learned of the YWCA model of leadership, I realized that I had already been a leader in my own way. This made me more optimistic and confident.

An idea which stayed with me was that leadership wasn’t necessarily having the skills to lead a big team, but to make my own decisions for my life. I now understand that leadership is being able to recognise our own strengths and make use of them wherever possible. It is developed through communication, collaboration and cooperation with people from various backgrounds, communities and age groups, and it cannot be looked down upon by others.

With the rest of the YWCA leadership cohort, I organised workshops in 2020 for junior high and high school girls. We helped them realise that they had the potential to be leaders in their own way and to make informed decisions about their life. I tried to make the workshops a safe and welcoming space, because having a safe space held great significance to me.

Since a comfortable and safe space to exist was not available for me when I was a junior high student, I have always sought out such spaces. YWCA was the first safe space I ever had, and I strove to make sure it remained the same for future generations of young women leaders as well. I want to make sure as many people as possible to have a space to share their interests and concerns while feeling relaxed and comfortable.

I realised the importance of safe spaces during the COVID-19 pandemic, when I was nearing burnout from the tons of tasks during that period. Virtual safe spaces provided by the YWCA healed my burnt-out self. I’m sure that without them, I wouldn’t have been able to complete my job or the activities at YWCA. This year I want to continue the workshops and make them available to more young women and girls in need. This challenge will be a part of my leadership journey.

Invest in young women like Nanako, donate to The World YWCA.