Home » Inside the Commission on the Status of Women: We are here for them 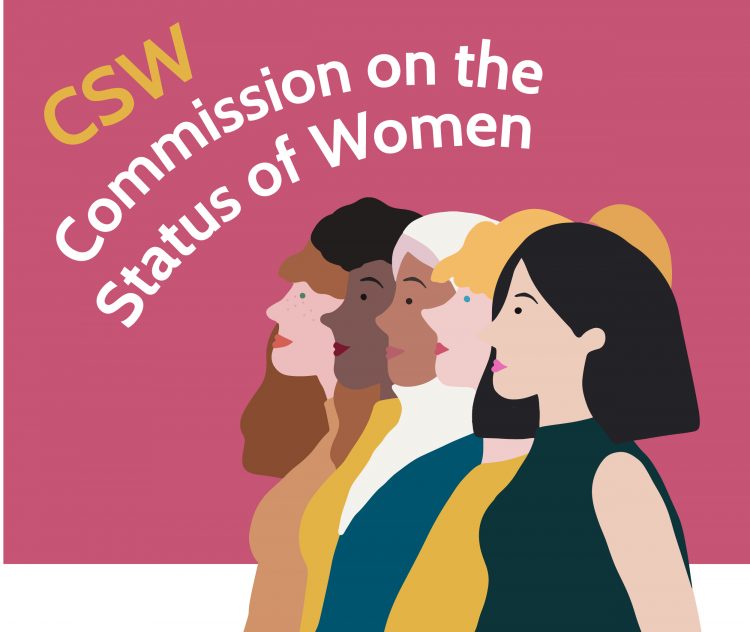 "We are here in the room to carry the messages and magnify the voices of the women back home who could not be here. We are here for them."

What you see:  delegates seated at long rows of tables the UN is known for.  Each place has a plaque in front of it, identifying the country delegate seated behind it.  Each seat has a microphone as well and a set of headphones for simultaneous interpretations but today these delegates are speaking in English.  We are not in the General Assembly room but another large meeting room.  On the dais are the members of the bureau who manage the meeting.  The chair, a male diplomat from El Salvador, is skillfully guiding the meeting using that refined diplomatic language that the UN is generally known for.

This is the official UN meeting part of what is globally called the Commission on the Status of Women.  This is the actual UN Commission at work.  Their task is to listen to each other—and the NGO representatives of civil society—to debate, and finally agree on and adopt, by the end of the two-week period, the lengthy list of changes suggested by the delegates during the course of the meeting to a long document drafted in advance, of agreed conclusions focused on the theme of this meeting, which is: the empowerment of rural women and their role in poverty and hunger eradication, development and current challenges.

So far, this morning there have so far been comments on both the process—whether to focus on the microcosm, going paragraph by paragraph, or looking at global themes.

Referring to a line in the text, the US delegate has just pointed that you can’t say that you have a “global food crisis in the developed world.”  Argentina asks question regarding the procedure.  The chair notes explains that some delegates received instructions from their capitals at the very last minute and that it is useful to hear the rationales behind the textual suggestions.  The Swiss delegate says they will withdraw their proposal in favor of a suggestion made by India.  Now the Holy See makes several suggestions, noting its opposition to the term “sexual and reproductive health.”  Turkey, Japan, Jordan, and the Dominican Republic also have suggestions.

It sometimes feels like a giant exercise in editing by committee.  Sometimes the changes are small, minute in fact.  But sometimes what might seem like a minor alteration in the text might have much more profound implications.  One has to pay attention and the women’s organisations like the World YWCA do.   This document is important because when countries we come from adopt it, they are legally obliged to implement it its terms.

The World YWCA’s large delegation of 70 women, at least half of whom are young, has an advocacy task force focused on this document and trained to lobby their government delegates.  Some of us like Roseline Toweh, the general secretary for the YWCA of Liberia, are even  of our official government delegations.

At daily morning briefings at 7 am, World YWCA delegates share ideas about how this document can best serve the needs of young women, and all women, based on our own experience of women’s needs, based on our work with grassroots women back in our own countries.  We strategize how to get these ideas to our government delegates, noting which are most open to input from NGOs.

We come here with our local, national, and international knowledge and help shape global policy that influences national policy that in turn will impact lives of the women we work with.

We are here in the room to carry the messages and magnify the voices of the women back home who could not be here. We are here for them.