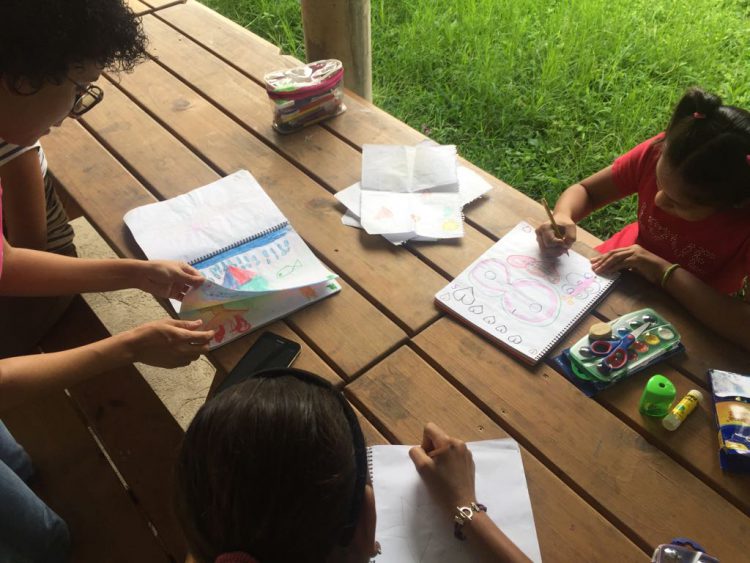 Unequal gender norms have a huge impact in early adolescence, especially when it comes to young women and girls and their sexual and reproductive health and rights. This is something that I have learned through my life experience working in Honduras and abroad. There are more and more organisations interested in gathering data on how these biased gender and social norms evolve and influence both boys and girls, and shape the adults they will become and aspire to be.

The World Health Organisation (WHO), with the support of the Johns Hopkins Bloomberg School of Public Health, published a ground breaking study on Global Early Adolescent, that provides  evidence-based analysis on how gender biased ideas of masculinity and femininity negatively affect children, especially aged 10-14 years, and must be addressed in order to ensure their health and well-being throughout life.

This global study was conducted on 13 sites, in 10 countries,  in 5 continents, and despite the cultural differences, some key findings were constant in all of the areas where the study was implemented. Some of these key findings included:

I couldn’t help linking this publication with many personal experiences I had as I was growing up and as my feminism was growing up with me. Working with the YWCA of Honduras in a care home for girls who were sexually abused allowed me to reflect on the root cause of a problem that follows an inter generational pattern that is hard to break. However, it is completely preventable if we target the harmful social norms that make violence against young women and girls seem “normal”.

In the care home, I worked with two little girls who are sisters. The eldest, a nine year old girl, was raped several times by her stepfather; she knew that what was happening was not ok. She told her mother what was going on, scared that this might also happen to her 7 year old little sister. Her mom didn’t do anything about it. So this brave little girl, determined not to allow this man to touch her sister, went to her grandmother who finally reported the perpetrator to the authorities. Thankfully both girls are safe in the care home where they can start rebuilding their self-esteem and learning that NO ONE is allowed to touch their bodies without their consent and that this was not their fault because in Honduras when a young woman or girl is sexually assaulted, she is blamed.

Girls shouldn’t have to live in a silent acceptance of male authority. This girl knew something was wrong, but  couldn’t find the words to express it, and even worse, her community wouldn’t listen.

The other day, I found a campaign from the Bully Project that said: “Boys will be Boys” but they scratched out the second word “Boys” and wrote: “Boys will be held Accountable for their actions, just like Girls”.

I can’t remember how many times I have heard that first expression, but I can tell you that this new version makes much more sense to me. 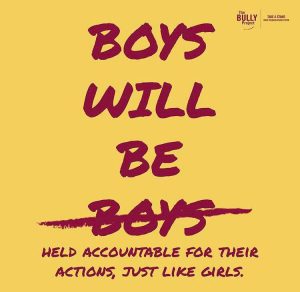 “Boys will be Boys” should never be an excuse. Instead, let’s teach our boys to be respectful, compassionate and empathetic young men, to tackle negative social expectations of boys and girls, especially at an early age.

As for girls, let’s open up conversations and Safe Spaces, in which girls are able to know themselves, know their rights and how to claim them, while being part of a greater movement and not feeling alone.