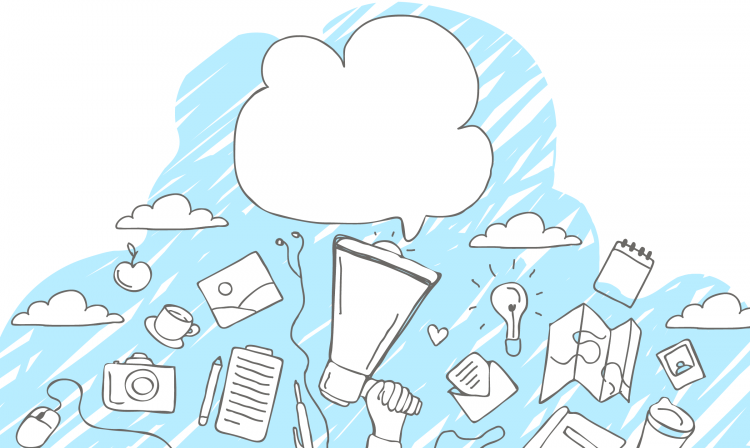 During these COVID-19 times, each one of us has gone through certain points of realisations.

While everyone is encountering changes and problems in some way or another, at the end of the day we console ourselves by believing that we all are in the same place, and this also shall pass! Which is partially true in terms of that most of us are at home and worried about our near future.

We have been reading stories and taking part in discussions on how this pandemic has changed gender roles, and we have witnessed more people advocating for equality towards work. But the question that we need to confront is: why do we need a major health crisis or any social issue, or a big media story to happen to make us realise the real meaning of feminism and equality?

Now that most of us are getting to spend a lot of time with our families, our brothers, husbands and fathers have witnessed and realised how much work a housewife does daily or for that matter any other woman has to do, and is never on leave nor gets to enjoy Sundays off. The good news is that the division of household work is taking place and the dishes are being washed by the not so obvious gender too, but the question here is: will all this continue even after the pandemic is over, or this is just a dreamy phase we all are experiencing?

“Maybe you are searching among the branches, for what only appears in the roots”.

We are looking for fruits and buds of change on the branches, unknown of the fact that the roots are not being watered and are so weak.

Is there anything in print that lists down the work and duties under different columns which specifically defines gender roles? Or is it anywhere mentioned that girls are bound to cook meals for everyone and take responsibility for children while men can just make an easy excuse and get rid of the situation anytime they want?!

I’m stating all these facts and bitter truths because I have seen all this happening around me since childhood, with a hope that as I grow older all this will stop one day. Instead, it has escalated in different ways and slowly we all were choked with the growing vines of patriarchy.

I recently read an article about how boys attending school in Spain are taught household chores in classes to reinforce equality and debunk stereotypical gender roles. After reading it, I shared it on my timeline with the caption-

“I wish this was and should be part of knowledge from the very first day of school in India, learning each day step by step. The way of living in our societies and communities would be so different (just imagine)”.

If we incorporate the lessons of gender equality and how one can be the catalyst for change, the fruits of change will be the sweetest!

We want waves of change in our lives from 0–100, which is practically impossible. It is important to understand that feminism should be present as something embedded in society and not something we need to learn from our books.

Why not teach our children that anyone can read science and cook books and the same bow can be used as a hair clip and a bow tie too! Let men wear makeup and women be taxi drivers. And let the clothes we wear be genderless!

The words, sentences or phrases that define the roles of the two genders in our community need to be teared off from our self-created dictionaries, instead we need to pay heed to the root cause and focus on eradicating the toxicity of patriarchal and misogynist behaviour that poisons the generations ahead.

The boyfriends of today take part in feminist parades and discussions, but deep down and very often, they are unhappy of their partners’ success, their intellect and their choices of leading their life in their own way! “She” should be presentable, modern, educated and should also be a homemaker (this should be in our genes) so that they can brag among their friends and family about how much good they have done to deserve her!

But when it comes to supporting her and to be the wind under her wings, the men/boys are nowhere to be seen in the room.

Yes, that’s true! We have the right to move out of a relationship if we are not comfortable in any sense, but why only men have the right to be vocal about divorces and separation? And that too without giving any sorts of explanations. While the woman has to stay and “adjust”?

The movie ‘Thappad’ by Anubhav Sinha starring Tapsee Pannu in the lead role shatters the many shackles of patriarchy where she decides to end the marriage when her husband slaps her in a party out of rage.

Still she is questioned and given suggestions by her family and friends to adjust as this is what we the women of India have been doing since years and it was just a slap after all, but she stands strong on her decision to step out and chooses herself respect over her responsibilities.

There are many other strong dialogues and documentaries that showcase women in strong lead roles that bring a positive change in our society. A short film by Nandita Das on domestic violence during lockdown is a must watch.

Another one from the movie ‘Dil Dhadakne Do’ by Zoya Akhtar where Priyanka Chopra’s husband while having a discussion says: “I have allowed my wife to work after marriage“, in return to which Farhan Akhtar (Priyanka’s friend in the movie) replies, “why does she has to take your permission after all?“

If we say that we are not misogynist, patriarchal, classist and racist, it will be a lie. We all are, it’s just that the percentages vary. Our quest in life should be to reduce these percentages and then eliminate them from the roots.

In the end I would like to refer to this quote by Primatologist, anthropologist and UN Messenger of Peace, Jane Goodall:

“What you do makes a difference, and you have to decide what kind of difference you want to make”.

The point here is not to cross the hurdles one by one because in this race, we can win only by running with small steps and when we stop ignoring and start realising. When we actually see things and accept the fact that yes, it is a big deal if we stop a girl’s education just because she “has” to get married one day, and we consider it as a big investment when we spent money on a boy’s education, but the same thought never crosses our mind that the man of the house will also get married one day. Why such levels of partiality still prevail in our society ?

We are the ones who create differences and make things odd. The day we are equal and stop with all the awkwardness, the world will be a better place to live in.